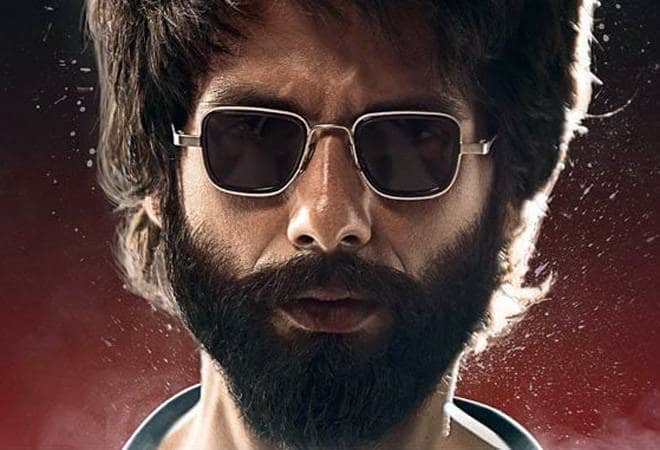 Obviously, this review got spoilers.

I am no movie reviewer because I don’t really find it exciting to go to theatres nowadays and spend 4-5 hours for a movie which include wastage of time of car parking, interval advertisements etc. I prefer watching over the net as it suits my time, schedule and comfort. I go to theatres only for movies which look good on the big screen like some superhero movie or at times when I want to see the public response (mostly of my favourite star’s film). Like last time I went to watch Zero and wrote a review about it.

Now coming to Why I went to a theatre for Kabir Singh. Because I love Shahid Kapoor and the intensity of his acting. Especially, since Haider, he is just getting better and better. I didn’t watch Arjun Reddy beforehand because I did not want to ruin Kabir Singh’s story and excitement for myself. Though after seeing the trailer of Kabir Singh, I was like okay, I can watch this on Netflix or something post-release, but then I saw furious feminists and 0.5-1 % of the populace making videos on Kabir Singh: how Bollywood is promoting toxic masculinity, self-destruction, misogyny, etc (sorry, my vocab is really low when it comes to SJW-ism), which made me watch this film in theatres in the first week itself. And when I posted my selfie with so-called toxic male ‘Kabir Singh’ on my Instagram, I got 18 DMs (13 girls and 5 boys) asking me to write a review on this movie and few of them said that they really want to know my pov on this.

After the release of the movie, I was seeing negative reviews from a small section of girls and at the same time, many young women on my Instagram and Twitter were appreciating the movie. Few of them watched this movie twice and few of them were sad about why Shahid is married.

But there is a pattern to the madness in internet world, If you are negative about something, people will join you automatically in the ‘outrage’ without even realising their own understanding about the topic or without even observing the reality around them. You can see this pattern everywhere, like when it comes to bashing the present government, or any famous celebrity or any famous movie or trend (like for eg. fitness). You will find a chunk of people always negative about things around them, though this chunk is not even 2% of the real societal populace. But they create so much noise and chaos that It becomes the new ‘cool’ and hence more and more people start joining them. Kind of herd mentality.

I entered the theatre with an attitude that I will only observe positive things about this movie, if there are any, else I won’t write anything on this and will ignore this movie just like you people ignore veere di wedding and four more shots.

Kabir Singh didn’t commit suicide – This was the best part about this movie, he was totally aware of the things he was doing, he was punishing himself, but he didn’t commit suicide. They showed him sitting on the edge of the window of his flat, but not in a single frame that they showed him planning to commit suicide, and eventually, he came out of everything. This is a big lesson for the youth. Drugs, Alcohol and other means to self destruct yourself are available all around you 24/7 on an arm’s throw, thanks to democracy, there will be a time when you might indulge yourself into such things (could be due to peer pressure or addiction) but suicide is never an option. The only option is to come out of it and restart your life like his Dad said, “Shuru seshuru kartehai”

• He spoke the truth, always – He spoke the truth with the character of Riya Sharma (some random actress who was ironing his clothes in the movie), He didn’t gaslight or manipulate her at all to sleep with her. This is a big lesson for beta males who lie to females just to get laid. Always be upfront with what you want and how you want it. He spoke the truth in the court. He accepted his faults and shortcomings. That’s how responsible you should be.

• He focused on his studies and kept that a priority always – How brilliant was he portrayed in the movie. He was a topper, and not only that, when the brother of Preeti came to beat him, he asked them to focus on studies instead of focusing on such activities. In the real world, there are high chances that you will beat your girlfriend’s brother.

• He was responsible and stood strong on his ground – When he went to meet Preeti’s dad, he stood strong, held his ground and told him about his qualifications and how much money he can make to take care of Preeti. In the real world, such breed of Men is rare, they hide things or are super scared of their girlfriend’s father or family. The big lesson here is to always stand strong for the person you love.

• He respected boundaries of Preeti – He took her out (with her consent) for hand and forearm class, but when she said it’s ‘upper thorax’ today, he didn’t force her at all and left the room. He didn’t force her to be physical at all till the time she initiated herself. This is what youth should learn. Do not force a woman until and unless she initiates herself.

• He respected the time of Menses and How a woman feels during those days – Remember his dialogue with his friend in the washroom of this flat? How he explained the kind of care a woman needs and must receive during her menstrual cycle days. This is what masculine energy is all about.

• He protected her from other males – How he beat the shit out of Amit, the idiotic character in the movie who put colours on her during Holi without her consent. The way he taught him a lesson that it is not at all acceptable to him? That’s how you teach a lesson about consent to others. Every year, during Holi, girls meet such idiots who put colours on them without consent.

• He did not objectify Preeti – When Preeti asked him what he likes in her, he replied, ‘I like the way you breathe’ not how your ass is in good shape or how beautiful you are or how curvy you are.

• He taught a lesson on professionalism – How he shouted on a nurse and hospital staff when they were treating riya (that actress) as a VIP person. Totally unacceptable. In hospitals, everyone is equal.

• He cared about his Pet – How emotionally he cared about his female dog till the end. He even shouted on his maid for making fun of his pet. He took her everywhere with him even after losing his medical license and flat.

•  He didn’t believe in old societal norms – I loved the way he said, this is 2019, I don’t believe in caste and creed things. Talk to your Dad like a woman. He indirectly showcased how a strong woman should be.

Let us all become positive. Let’s start nitpicking positive things in whatever media we consume. As human beings, we as a society should go uphill, not downhill. Be the most positive person.

What was the best positive thing about Kabir Singh according to you?

2 thoughts on “The Most Positive Review of Kabir Singh!”

This site uses Akismet to reduce spam. Learn how your comment data is processed.